NEWPRO was founded in 1945 and operated as a window treatment business before expanding their products and services. Now, NEWPRO provides top-quality windows, doors, bathrooms, siding, roofing, and other home improvements to the New England area. They’ve earned numerous industry awards for their customer service and project excellence, including the Guild Quality Service Excellence Award, the Replacement Contractor Customer Service Award, and the 41-Year Accredited Business Achievement Award from the Better Business Bureau.

Since starting as a small window treatment business in 1945, NEWPRO Home Improvement Solutions has grown into one of the largest and most renowned home improvement companies in the industry. Their secret? They’re not afraid of competition – within themselves. Every day, the team at NEWPRO strives to be better than the day before, and they understand that in order to do so, change is necessary. According to Ryan Spar, Director of Sales at NEWPRO, trying to run your company the same way you always have isn’t going to set you up for success. Instead, Spar recommends that businesses should bite the bullet and embrace technology if they really want to drive growth.

“I love the automation behind it [improveit 360]; the fact that we can create certain dashboards for certain sales teams and certain products and have them automatically go out at certain times of the week. . .we just saw a huge value and we knew that we had to make a leap of faith and make a commitment to make a change and obviously that's the biggest fear in a lot of companies. . .that fear of change. . .embracing technology is everything today.”

For NEWPRO, getting past that fear of change and taking the plunge with improveit 360 was worth it. Spar wanted to be able to do everything on his cell phone as he could from his iPad, from his MacBook, and from his office computer; he wanted to be able to work from his office, his house, or a coffee shop with ease. And according to Spar, improveit 360 gave him that flexibility– plus a lot more. Now, improveit 360 is one of two platforms that NEWPRO leverages to effectively manage their leads, present to homeowners, close deals and grow their team.

In addition to improveit 360, NEWPRO has seen major value in Ingage, a platform designed for creating, sharing, and measuring the impact of sales presentations. Through Ingage, NEWPRO was able to build a repeatable sales process for their sales teams to follow, and with that process in place, they were able to create an environment for success that their reps want to stay in. And in the words of NEWPRO’s Director of Training, Pete Ladd, growing the business involves growing the team, which is something NEWPRO has more easily achieved with the help of platforms like Ingage and improveit 360.

Employee retention has been a huge player in NEWPRO’s explosive growth. They’ve created a culture that entices good talent to stay and also attracts new talent to join the team. But when it comes to building a successful business, Spar notes that having the right people in place is only a part of it. The other piece of it, according to Spar, is to have the right software set up to support and manage your people.

“Everything today is about people and platforms. . . having the right people in the right positions on the right seats of the bus, that’s really step 1, and once you build that team, then it’s just filling in underneath and having the ability to have that CRM or that presentation platform, that training platform, it makes your job a lot easier.”

All in all, NEWPRO’s biggest advice to other home improvement companies is to stop trying to run your business like you have been. By embracing technology and other operational changes, you can develop and implement consistent processes and better prepare your business for the future. NEWPRO did it, and as a company that’s seen explosive growth and is on-pace to exceed their target goal this year by about 15 million, it’s safe to say that following in NEWPRO’s footsteps can lead to huge wins for your home improvement business.

“I can say that, confidently, that if we did not have these platforms [Improveit 360, Ingage] in place, there’s no chance we’d be sitting where we are today.”

To learn more about how improveit 360 and ingage can give your home improvement business the tools it needs to close more sales, schedule a demo below!

“If you’re doing the same things as you have been doing for a long time and you're expecting to grow and be more successful I just think you're kidding yourself. . .there's so much value in today’s technology, it's just about making that commitment and getting on board and doing it.” 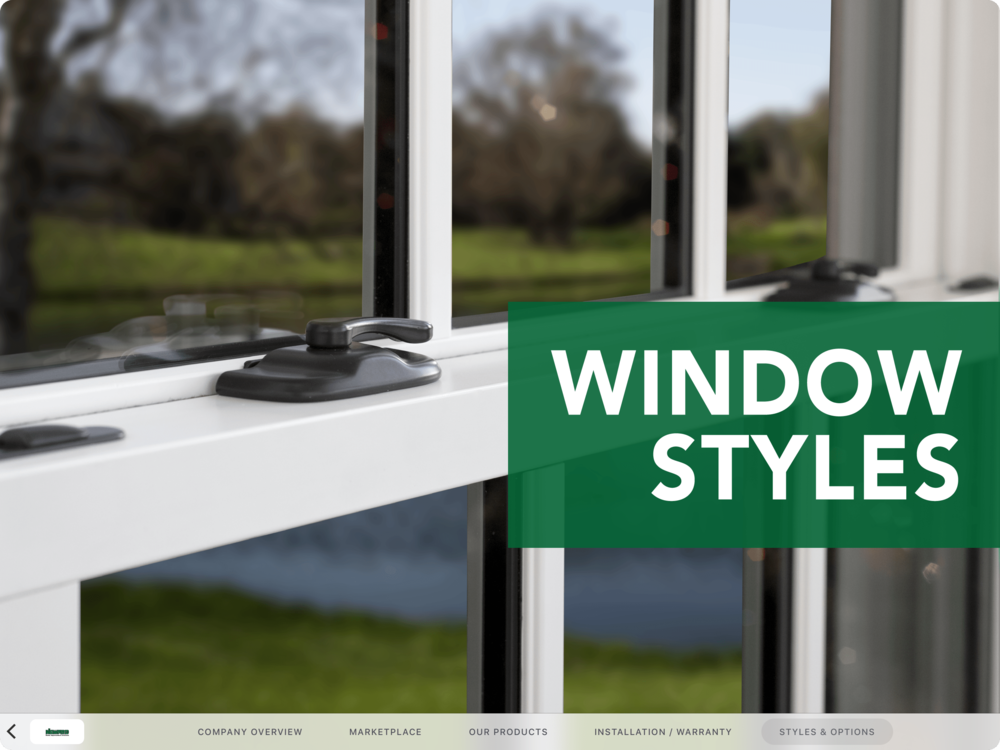